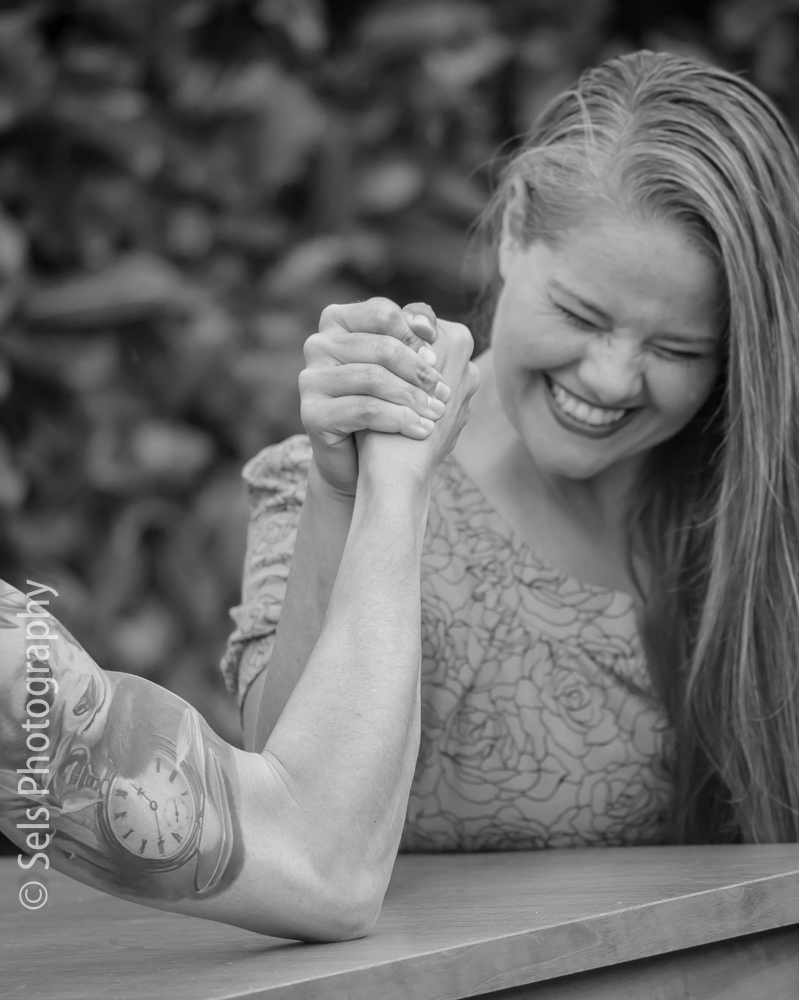 When I ask people to describe what a Strong Lady is… almost everyone includes ‘independent’ in their vision.  That and bulging biceps are the two most universally defining traits.  The tricky thing is to marry being an independent strong lady with a love of connection and collaboration.

On paper, I am absolutely an independent strong lady…  I regularly travel the world solo (thanks to google translate and a sat nav).  I am happily married, but independent enough that we tour separately most of the year.  I am an independent artist who has toured internationally for almost 15 years without funding.  I enjoy my own company.

However, the problem with defining yourself by one word (like STRONG or Independent) is that you can feel like a fraud when the opposite shows up in your life.

I thrive when surrounded by people I love.  Even in my solo show, the primary drive of the show is connection with volunteers and the audience.  As a circus performer, my heart is in hand-to-hand and duo acro, which can not be done alone.  Even when touring solo, the sense of being part of a big community of artists spread around the globe is deeply important to me.

All these things make me dependant… if I get too caught up in defining myself as independent, then this can cause a little earthquake in my identity.   If independent is synonymous with strong, then does that make dependence equal to weak?

This week I finished the summer tour, saying goodbye to the duo show LEAP that I made with Reuben Dotdotdot and performed for much of the last 2 years. Creating and touring the show has been a dream.  Hand-to-hand was the basis of the show and is one of my favourite things, also by working with a brave and adventurous man, I had the chance to learn perch for our finale – something I never imagined I could do.  Then there are the countless hours on the road and in dressing rooms that have been hilarious and beautiful.  We had a great time, we both love the show and will surely perform it again at some point… but as independent people, we are heading back to our solo shows for the next adventure.

On Monday:  I felt lonely and awkward and empty – I felt very dependent and I wished I could find that independent strong lady inside me.

On Tuesday:  I spent a lot of time on the couch watching episode after episode on Netflix and napping.

On Wednesday:  I remembered that connection is a basic human need – not a weakness.  I took myself off the couch for a run along the seaside.  I felt strong again, not because I felt independent, but because I felt human.  I felt energised about what I am doing.  Excited to grow my solo show stronger than ever.

Today:  I am sitting in my local café, where they know me well enough to greet me by name and make my piccolo without asking what I want.  It’s not much, but it is enough to feel connected.  While I know the screen is no substitute for real hanging out, the wave of comments and likes I found today on facebook is also enough to make me feel like I have a community of people I love around the globe.

Today I am feeling very aware that strong and weak are not opposites.  That to be independent does not mean always standing alone.   I am indeed an independent strong lady.  Now I am gearing up to think about next summer and what new feats of strength and stories I can to put in my solo Strong Lady show.

(I may do that planning from the couch for a few more days yet… I’m excited, but still sleepy)


I love making plans. I love the hope and momentum

#mysofadance – all 30 artists who were part of the

Take a peek at #thesofadance I was part of creatin

I literally squealed with delight when I spotted t