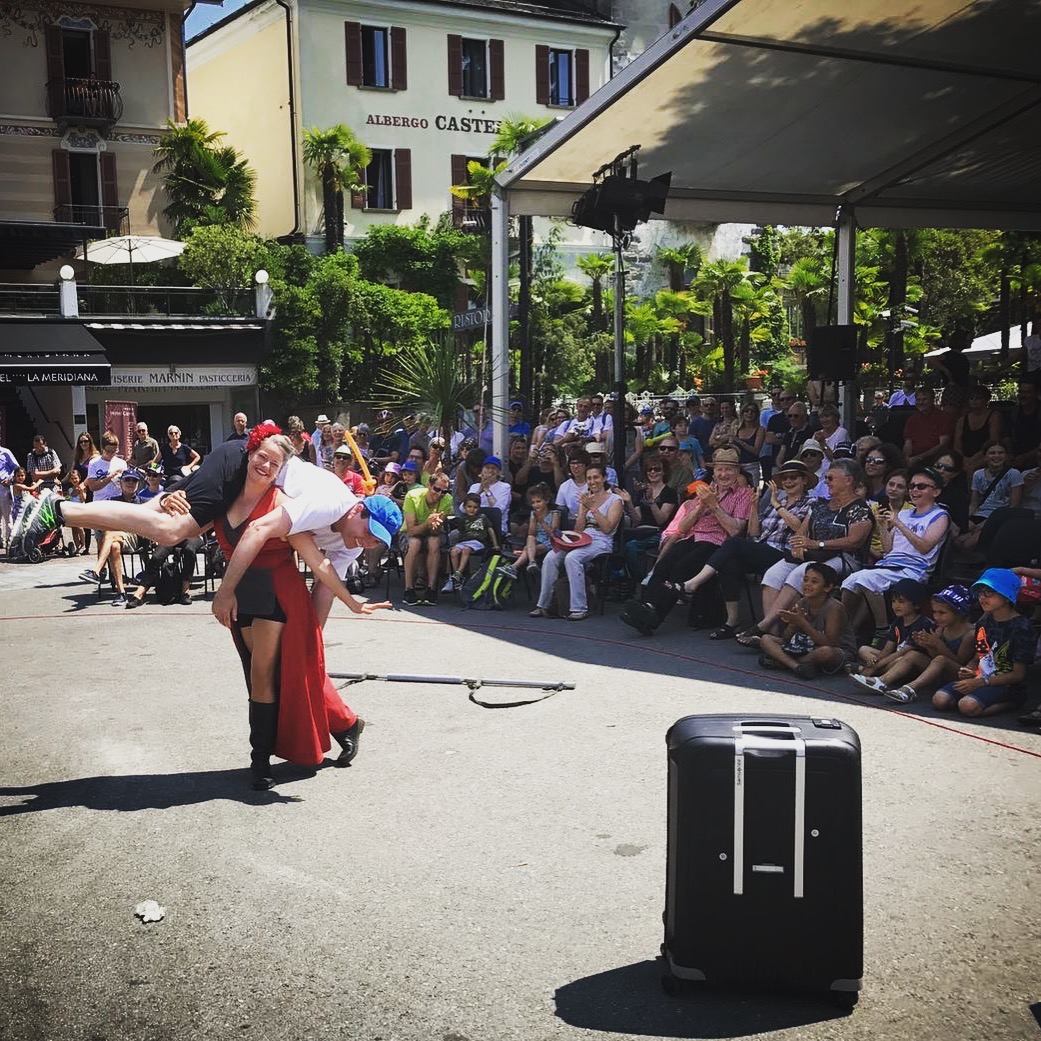 ON THE ROAD AGAIN!

In 2007 when I loaded my suitcase labelled ‘strong lady’ onto a plane in Australia and set off on my first solo tour around the world, I had no idea that the journey would lead me to here:

sat on a pretty terrace overlooking a stunning Swiss lake,

waiting to travel back to my cosy home in the UK,
at the end of a beautiful festival,
at the start of the Strong Lady’s 10th summer tour! 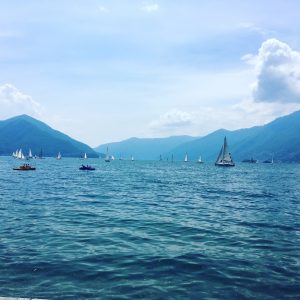 Stunning backdrop for my shows this weekend

This first festival of the tour, with spectacular lake views as my backdrop, had a very international audience of Italian, German and French speakers.  Needless to say there was a good dose of chaos involved as I tried to navigate 4 languages in the show.  I had a ridiculous amount of fun and it bodes well for the tour ahead…

After a decade of playing Betty Brawn, you might imagine that I would be bored of the same show – amazingly I still feel like the Strong Lady has so much growing to do, I am fascinated by how much one show can keep evolving when the list of tricks has stayed almost the same.  The show is always developing.  Sometimes it’s as tiny as ironing out a 10 second transition or adding a sideways glance before a trick that gets a laugh.  Some of it is more significant, this year I am adding whole new ‘acts’ to the show to bring in more storytelling.  Then there are constant shifts in focus between more and less talking.  The thing people comment on most at the moment is the juxtaposition of strength with elegance, of power and gentleness – what I am hoping to add this year is also a play between strength and fragility in the strong lady.

I am also constantly exploring how I can make the show more theatrical, while at the same time finding ways to make the show accessible to a wider range of people.  Much of the evolution of the show has been a response to performing in festivals with big audiences, who sit and wait for half an hour before the show – these are audiences who interact with outdoor arts in a very focused way (like this weekend’s festival).  Then sometimes I find myself in a festival on a city high street, where I am performing to shoppers who have never seen street theatre before, who don’t trust it yet.  These audiences are also a gift for growth in the show as they demand that I find more ways to open doors into the show for them, to make them feel safe stepping out of H&M and into the world of the strong lady.

In 10 years of touring as a strong lady I have definitely gotten stronger…  At 38 I can lift more weight than I could at 28 and my back is healthier than it was when I started.  However, as I begin this tour… It is clear to me that the greatest feats of strength I have learned over this decade have been mental, not physical.  There’s a lot that I have learned about myself and how I choose to interact with the world by performing and travelling alone!

Since I began touring as Betty Brawn in 2007, I have also been lucky enough to collaborate on other projects with some of my favourite performers… These shows have given me the chance to keep developing as an acro base and to stretch creatively in other directions.  This has been a huge part of what has made it possible to stay excited about my solo show.  The last 2 years were spent mostly touring “LEAP” with Reuben DotDotDot – the hand to hand and perch skills of the show made me so happy, the chance to work without words for a while was refreshing and his incredibly easygoing approach to life was inspiring.  Also the comedy acrobatic duet “Barcelona” with Mario, Queen of the Circus is a rare delight to perform and wonderful friend to play alongside.  In 2012 I had the pleasure to work with Mimbre in the UK and learned so much about delving deeper into ideas and exploring ways to express them.  With these projects to fuel creative growth – and more importantly to build connection and community – I now find myself back to performing solo in 2017 and am excited to see how the Strong Lady will grow this summer.

The 2017 tour will be mostly in the UK, with a couple of stops in Europe and a quick jump over to Canada and back…  There are a few festivals in August still being finalised, but mostly the tour is now set.  If you pop over to my tour page you can see if there is any chance for us to meet up along the road this time.

Wishing you all sunshine and smooth roads ahead.
Xx Charmaine (aka Betty Brawn) 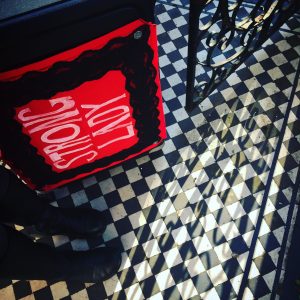 On the road again!